The City of Wageningen existed 750 years in 2013. Petra de Vree created this sculpture specially for this occasion. In the image she put multiple elements that refer to the anniversary of Wageningen. For example, each house on her dress represents 50 years, all together there are 15 houses.

Anne Wiggen could be the name of a person, but her name is an anagram. Puzzling with her letters you can find Wageningen. In one hand she holds the City Sign of Wageningen; and with a little adjustment in this image the peace sign appears. That is the sign she keeps in her other hand. On 5 May 1945, the surrender of the Germans was signed in Hotel de Wereld in Wageningen. The posture of Anne Wiggen recalls to the posture of the Statue of Liberty in New York.

On 21 december 2013, just before the end of the year of the Anniversary of Wageningen, the Mayor himself called Petra de Vree with the message that the municipality wanted to purchase Anne as a beautiful memory for the 750th Anniversary. 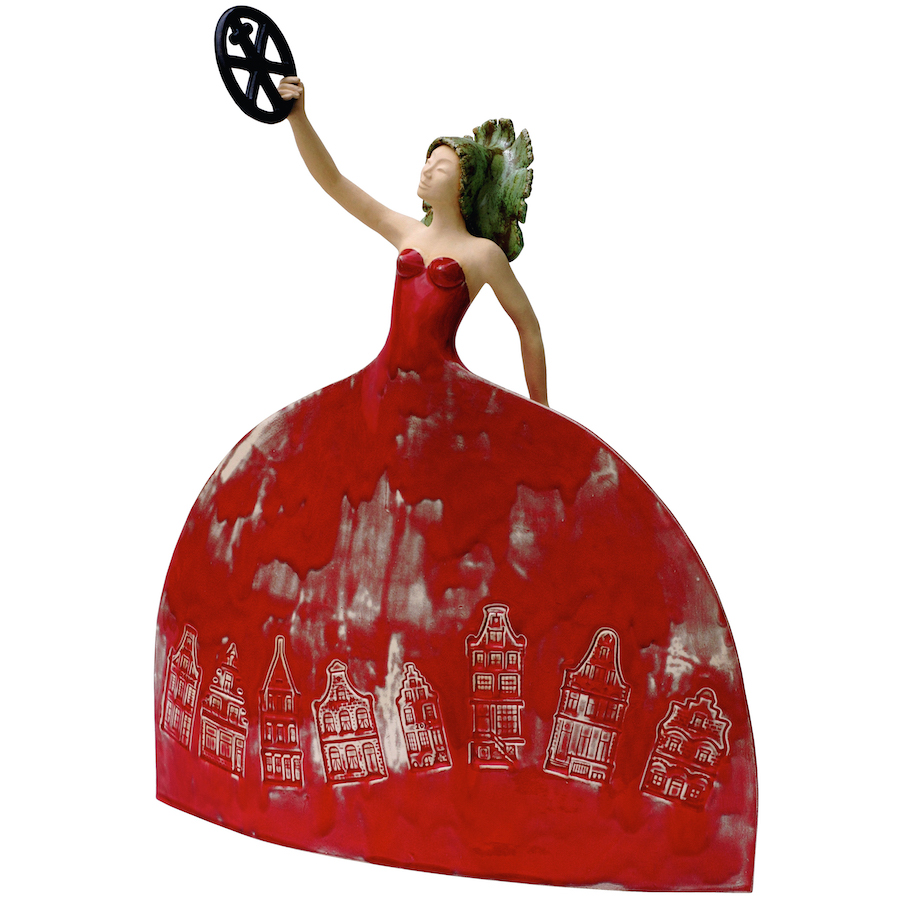 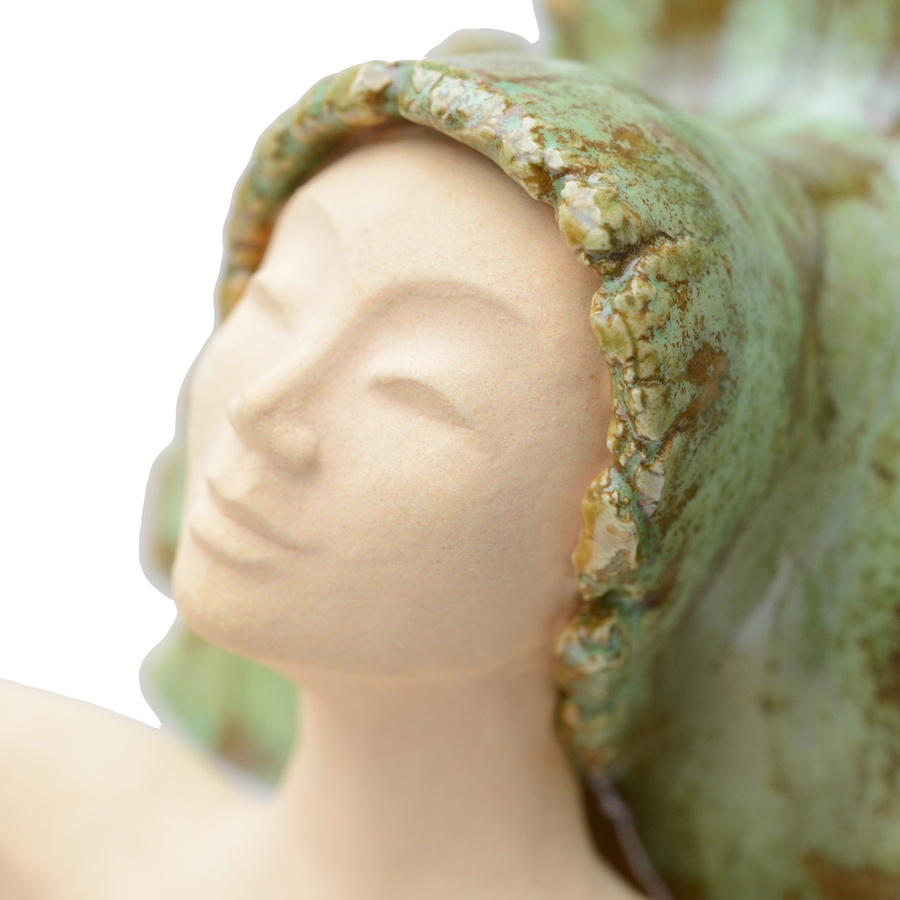 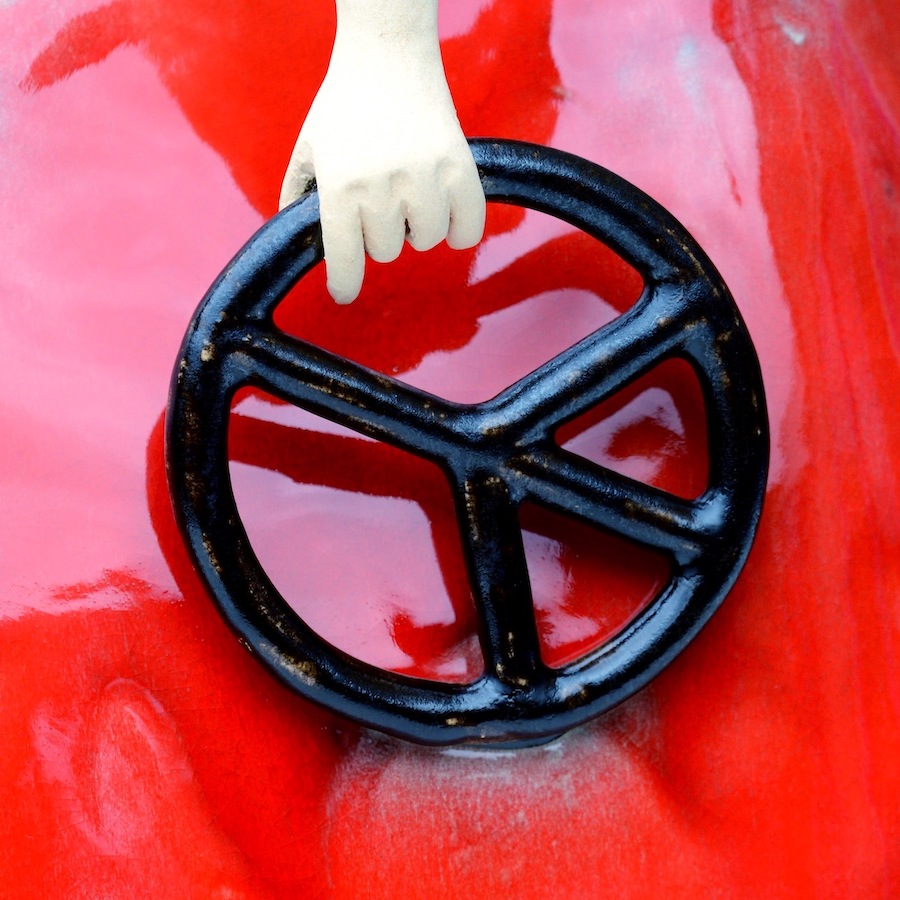